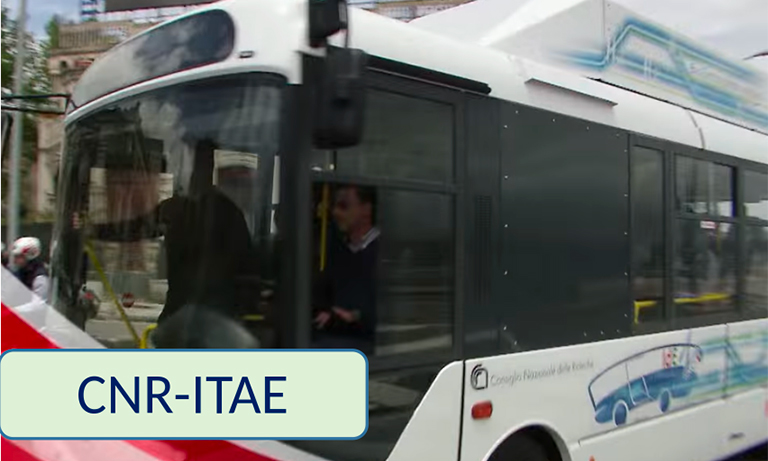 The need to develop a green hydrogen infrastructure is now largely recognized in Italy as a crucial point to achieve the required energy transition. Hydrogen is the focus of intense research activities at CNR. A survey of projects is provided focusing on specific challenges that still need to be overcome for a wide scale diffusion of hydrogen technologies. 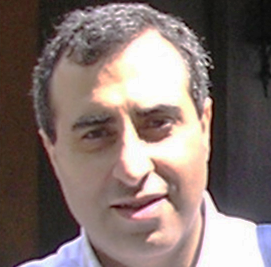 Climate change is recognized as the most relevant current risk and, consequently, the most significant challenge we are facing; this makes it urgent to activate all possible strategies for mitigation and adaptation. Green hydrogen is considered an important solution to reduce GHG emissions and to achieve the challenging objectives in energy, transport, climate, economic and social policies. The Italian objectives in this field are essentially aligned to the EU hydrogen strategy targets. The need to develop large-scale hydrogen technologies and a specific H2 infrastructure is now largely recognized in Italy as a crucial point to achieve the required energy transition. This is testified by the strong interest that has been recently addressed in Italy to hydrogen at ministerial level. A research agenda on hydrogen has been recently published by the Ministry of Research (STRATEGIA ITALIANA RICERCA IDROGENO – SIRI) [1] and a public consultation about the strategies to promote hydrogen technologies has been prompted by the Ministry of Economic Development (STRATEGIA NAZIONALE IDROGENO LINEE GUIDA PRELIMINARI) [2].

A significant part of the renewable energy produced in Italy comes from hydroelectric, wind and photovoltaic sources, which are strongly influenced by weather conditions and therefore characterized by a high degree of intermittence. If the share of energy obtained from renewable sources continues to increase in Italy, according to the recent trend, together with the need to implement EU directives, there will be a risk that a significant part of excess renewable energy may not be fed into the grid. At the same time, it will be necessary to increase the fraction of alternative and renewable fuels in transport, at least to achieve the objectives agreed with the EU.

The solution to these problems can come from a wide deployment of electrolysers for the generation of hydrogen from renewable sources, providing both a network balancing service and promoting the diffusion of fuel cell vehicles throughout the territory, especially if this is supported by adequate governmental incentives. Therefore, it is widely recognized that, as soon as possible, an adequate infrastructure for hydrogen technologies will have to be built in Italy. Beside transportation, hydrogen is widely considered as a means to allow a deep decarbonisation of buildings (heating and cooling) and industry. For microdistributed and combined generation of heat and power, solid oxide fuel cells can offer a concrete solution. Demonstration projects using SOFCs have especially dealt with the use of natural gas as fuel; a progressive transition to a hydrogen-rich stream for stationary generation is expected for the next years where a sustainable fuel, e.g. produced from gasification of biomasses, can progressively replace natural gas.

Hydrogen is the focus of intense research activities at the Italian National Council of Research, in particular at CNR-ITAE Institute of Advanced Energy Technologies. ITAE’s founder Professor Nicola Giordano was one of the Italian pioneers on hydrogen technologies by introducing fuel cells in Italy already in the seventies, in particular, phosphoric acid and molten carbonate fuel cells. In the hydrogen sector, CNR performs wide-ranging research and development activities covering materials, components, technology and field-testing. CNR attitude is based on a synergy between basic and applied research, organised through a multidisciplinary approach. The activity in this field covers several TRLs (Technology Readiness Levels), with consolidated experiences of coordination of TRL 6 demonstration projects (field-testing) and the development of pre-commercial prototypes (Fig.1).

CNR activity on hydrogen covers the sectors of sustainable mobility (Figs. 3,4) with demonstration of refuelling stations and hydrogen buses (PON I-NEXT) [3], development of integrated systems (PON CheapH2), naval applications (validation of hydrogen technologies for boats, PON TESEO) [4] and power-to-gas. The latter has been especially addressed in the context of European projects with coordination of FP7 FCH JU ELECTROHYPEM, ERANet SuperP2G and H2020 FCH JU HPEM2GAS projects [5,6,7]. Several research projects have aimed at studying the integration of renewable energy sources with electrochemical generation of hydrogen (FIRB RINNOVA) and its use in fuel cells for automotive applications (POR H-BUS). Integration efforts between hydrogen and batteries have been the focus of the FP7 FCH JU project ONSITE involving a cooperation between CNR and some national companies such as FIAMM and SOLIDpower.

In the field of hydrogen, CNR activity has been focused on the innovation of technologies through an advanced knowledge in materials science, micro and nanotechnologies, polymer science, system engineering and analysis of environmental sustainability. A strong cooperation between CNR and Italian stakeholders has been established. Just to mention a few, CNR-ITAE has cooperated with DE NORA, NUVERA, GAVAZZI SPACE and FINCANTIERI in the field of PEM fuel cells, with TRE on the integration of electrolysis systems with renewable power sources, with ENEL, PIRELLI Labs and SOLIDpower on solid oxide fuel cells, with SOLVAY SPECIALTY POLYMERS on membranes and membrane-electrode assemblies for water electrolysers. In the framework of the H2020 HPEM2GAS project [7], coordinated by ITAE, an advanced Solvay Aquivion® membrane has been integrated into a 200 kW (80 kg H2/day) PEM electrolysis system developed in collaboration with ITM Power, to assess electrolysis operation at high current density (3 A cm-2) for power-to-gas applications (Fig. 2). This has allowed developing and testing a rapid-response, cost-effective and scalable power-to-gas plant, capable of absorbing the electrical power exceeding the capacity of a transport and distribution line.

This new technology may considerably reduce the investments needed to build a new grid infrastructure. In this context, hydrogen produced from water electrolysis can play a significant role as energy storage medium. The new membrane has contributed to achieve a three-fold increase in electrolysis current density (resulting in a proportional decrease in capital costs) whilst maintaining cutting edge efficiency.

Back-up solutions for the stability of the grid

It is widely recognised that the increasing penetration of non-programmable renewable energy systems will lead to a series of challenges related to the stability and flexibility of the electrical grid. This requires introducing back-up solutions able to effectively support the network energy mix. In this regard, a solar-powered refuelling station has been installed in a Smart Grid landscape in Capo d’Orlando (Sicily) to refuel hydrogen vehicles. The aim of the I-NEXT project was the demonstration (at TRL6) of an innovative and flexible system for the simultaneous generation of hydrogen (20 kg/day), heat and power from RES (Fig. 3). In the framework of Mission Innovation: Challenge 8 Hydrogen, a MiSE-supported cooperation program, coordinated by ENEA and involving CNR has been planned. This program includes the further development of the hydrogen valley in Capo D’Orlando, with the involvement of Italian stakeholders. This hydrogen demo site potentially involves up to 40,000 citizens during summer time. The project aims at promoting hydrogen technology demonstration in the Sicily Region, as a means to favour energy transition towards a future clean energy hub centred in the Mediterranean Sea. Back-up power processes based on hydrogen are also the focus of regional projects like PO-FESR Sicily ELETRORIGENERA, coordinated by SALUPO. This is dealing with demonstration of reversible fuel cells in an industrial relevant environment.

Great relevance is expected to be addressed to the smart specialisation of regions within EU. It is worth to mention that the Sicilian Region, assisted by CNR, has recently expressed its intention to promote a European partnership in the field of hydrogen. In this regard, Sicily may become a hydrogen hub in the Mediterranean area due to the possibility of connecting North Africa renewable hydrogen production with Italy and EU through a specific pipeline network.

Specific studies carried out at CNR clearly indicate that a step-change in electrolysis technology development and a strong decrease of renewable electricity costs are required to economically produce hydrogen through electrolysis. This approach is currently addressed in the H2020 FCH JU ANIONE project coordinated by ITAE [8].

A game changer in this field would be the development of a new, efficient, practical and safe means to store hydrogen in appropriate carrier molecules with high volumetric and gravimetric energy density and its easier conversion back into hydrogen for re-electrification, heating purposes, industrial utilisation etc. Similar research needs are also necessary to reduce the costs of low temperature fuel cells for automotive applications. Hydrogen-fed PEM fuel cells are characterised by high energy density and low environmental issues; thus, their can have an important impact on the next generation energy system. However, this can only occur through costs reduction. A transition to non-noble metal electro-catalysts and novel ion conducting membranes, covering a wide range of operating temperatures, are relevant aspects to address in future research programs.

In general, the main challenges to address for an effective utilization of hydrogen as energy carrier regard both the overcome of technical bottlenecks and an optimization of the energy cycle from RES to end use via hydrogen generation, storage, transport, conversion and consumption, which covers the whole chain of hydrogen and fuel cell technologies. As also stated in the SIRI agenda on hydrogen, significant progress in materials science, electrocatalysis and process development is needed to make hydrogen technologies efficient, practical and reliable for wide scale application in the next decades.

The present economic costs to implement hydrogen technologies appear still not easily affordable, compared to the expected returns. On the other hand, the significant benefits, in terms of environment, health, reduction of global and local pollution, enhancement of life-quality provide a clear idea about the positive impact of hydrogen technologies. In relation to this, an increased support for research, the implementation of focused demonstration programs, specific incentives and public support policies promoting the early market appear necessary for the Italian context. These aspects should be combined to a long-term strategic vision aimed at making hydrogen a future energy carrier 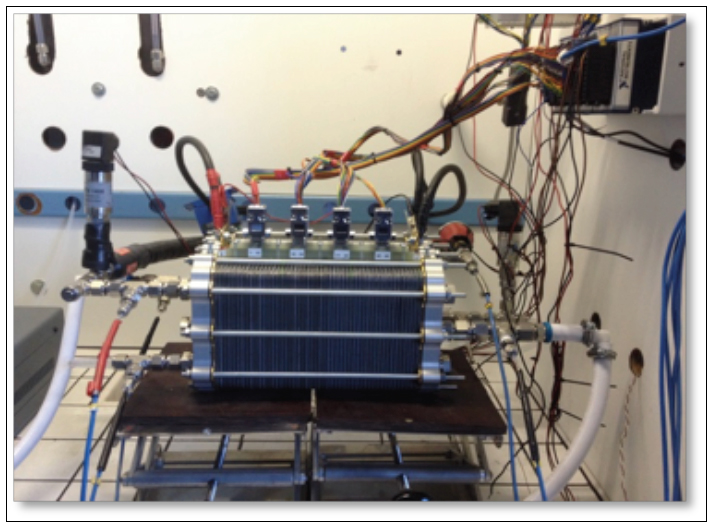 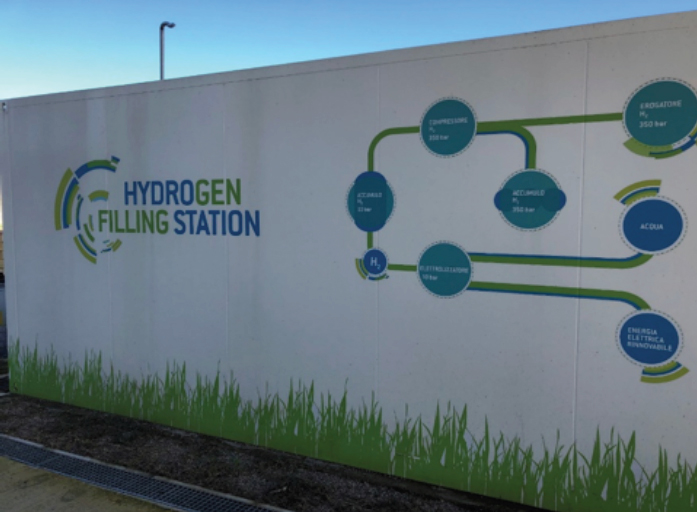