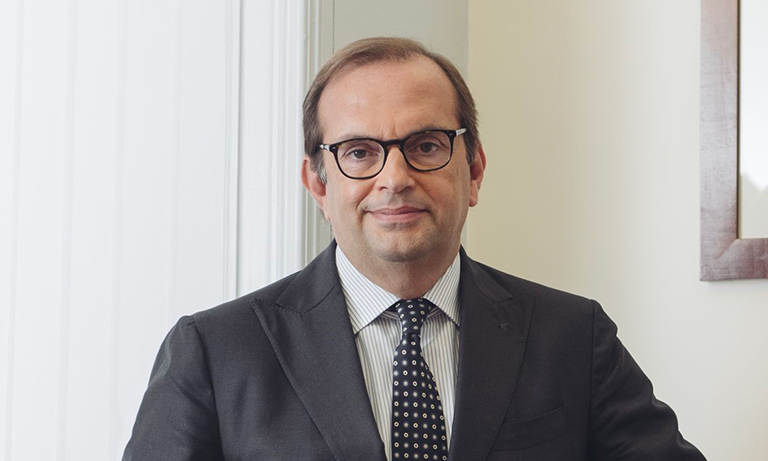 To make Italy a hydrogen hub and overcome existing critical issues, action must be taken in five areas: support research; promote the production of hydrogen and its derivatives and stimulate demand for hydrogen and its derivatives. Legislative and regulatory shortcomings must also be addressed, authorisation procedures streamlined and information asymmetries eliminated to promote a culture of hydrogen, overcoming ideological approaches such as those often encountered for the different colours of hydrogen.

Hydrogen is increasingly establishing itself as a key element in the energy transition strategies of many countries and the EU Commission. President Ursula von der Leyen said that it will be a priority for Next Generation EU and that she wants to promote a European market with Hydrogen Valleys and Hydrogen Islands. According to studies, by 2050 this element will be able to cover 24% of final energy demand, will contribute to reducing 560 million tonnes of CO2 and will generate a turnover of €820 billion/year and 5.4 million jobs. Chairman Regina, in light of all this, what is hydrogen’s potential and what are the possible critical issues?

The strong acceleration of the Green Deal and European policies to combat climate change requires a rethinking of the entire energy paradigm and the exploitation of innovative technological options suitable for the decarbonisation of so-called "hard-to-abate” sectors, where direct electrification is not technically feasible or extremely expensive in financial terms. We see great potential for breakthrough technologies such as hydrogen in the decarbonisation of energy sectors that today use natural gas, or in the transformation of mobility, especially for heavy sea and air transportation. The biggest hurdle in the development of a supply chain for this element is the high generation costs, related to a low efficiency of the plants: green hydrogen can cost as much as seven times more than the natural gas it should replace. The lack of adequate liquidity, linked to the high cost of production, generates other barriers, namely demand that is still limited (currently concentrated in specific industrial sectors such as refining and chemistry) and the absence of a regulatory framework both for the use of infrastructure and for the installation of plants.

Since August 2020 you represent Confindustria in the European Clean Hydrogen Alliance, the association that brings together over a thousand representatives of the sector. How will you proceed in this context and what aspects will you focus on, also in view of the Green Deal?

Confindustria firmly believes in the potential of hydrogen. In fact we have followed the process of finalising the Community framework since before the definition of the European Strategy, published in July 2020. In August Confindustria was the first Italian employers' association to join the European Clean Hydrogen Alliance (ECH2A), the initiative of the European Commission that brings together public and private bodies, business associations and citizens to define the strategic priorities of the coming years for the promotion and development of hydrogen.

We consider it important to focus attention on the need to redesign the different phases of traditional production processes, from the re-engineering of products to the maximisation of the use of waste materials, from the rethinking of production plants to the hybridisation of thermal machines, all to ensure the reduction of the carbon footprint. The old continent will only be able to achieve carbon neutrality by 2050 through the exploitation of all sustainable technological options, from mature ones such as renewables and energy efficiency systems to evolving ones such as hydrogen or CCS/CCUS.

Let’s talk about Italy. Last September Confindustria presented a comprehensive and detailed Hydrogen Action Plan aiming at the development of a national hydrogen supply chain. In your opinion, what are the main areas to focus on and what are the obstacles? Can we realistically become a hydrogen hub?

Confindustria promoted the definition of a Hydrogen Strategy by Italian institutions, presenting the Hydrogen Action Plan last September to the Minister of Economic Development. It’s an organic vision of the topic that, starting from an assessment of the objectives/opportunities for Italy compared to other EU countries, analysed the main barriers to the development of an integrated supply chain to understand the future fields of application and potential markets for hydrogen, also with a view to transforming Italy into a hub. In summary, to solve the critical issues that I referred to just now, action must be taken in five areas:

Remaining in Italy, you stressed that the National Hydrogen Strategy can represent a potential game changer for sustainability policies. What are the conditions for this to happen?

The use of gaseous fuels with low (zero) carbon emissions will only contribute to reducing greenhouse gas emissions if adequate volumes are available at competitive prices to meet the energy consumption of hard-to-abate sectors, interoperable transport and distribution networks, safe storage equipment and reliable end-use technologies, in synergy with expected electrification trends at a Community level. The National Hydrogen Strategy can be a game changer if it is able to define – consistent with the European framework – market-based policies and mechanisms aimed at facilitating the production and demand of new gases and their transport and distribution, but also the production of equipment along the entire value chain. We need a technology-neutral approach that fosters fair competition among technologies (P2X, storage, CCS/CCUS, etc.) and vectors (hydrogen, electricity, etc.) and assesses the savings of greenhouse gas emissions throughout the life cycle, overcoming ideological approaches such as those often encountered with respect to the different colours of hydrogen.

Recently you signed an agreement with ENEA to strengthen hydrogen research and innovation. Is the degree of cooperation between the industrial system and the world of research in Italy sufficient or do we need to increase our efforts, along the lines of other European countries such as Germany? And to what extent can investment in research lead to increased competitiveness?

Confindustria believes that dialogue with institutions, the world of research and civil society can produce the best ideas in every field of application. In recent months we launched three hydrogen-related initiatives in cooperation with ENEA, also involving other bodies relevant to the standardisation of the vector such as UNI and CIG. Contrary to what one might imagine, transferred know-how is not lost, and in the same regard we have opened up the meetings of the Energy Technical Group to important institutional representatives. The initial meeting was attended by Stefano Patuanelli, then Minister of Economic Development, while the President of the Authority for the Regulation of Energy, Networks and the Environment (ARERA) Stefano Besseghini, and the European Commissioner for Energy Kadri Simson were invited to the subsequent meetings. Returning to the relationship with the world of research, we have launched a further study of the future national energy landscape, this time in partnership with CSR, with which we intend to map sustainable technological chains to understand their readiness and resilience in the current transition phase. The investments that we will have to make to achieve the new goals by 2030 are considerable, preliminary estimates put the figure at an excess of an additional € 500 billion over the next 10 years, and the development of skills through the dialogue and consultation of all stakeholders will be central for the correct allocation of funds, starting from those of the National Recovery and Resilience Plan (NRRP) aimed at restarting the Italian economy after the pandemic.

More generally, what are the main themes of Confindustria's strategy to achieve the objectives of decarbonisation, combating climate change and sustainability in the context of post-pandemic relaunch strategies?

Confindustria is strongly committed to promoting the sustainable development of the industrial system, capable of ensuring the transition to a low-carbon economy and the availability of safe, environmentally friendly and cost-competitive energy for the domestic manufacturing sector. Essentially, there are four main themes of our strategy regarding the energy transition in the post-pandemic Recovery and Resilience Plan that can be divided into two lines of intervention, related to the two technological pillars that the fight against climate change is based on, namely renewable sources and energy efficiency.

The first concerns the decarbonisation of the electricity sector through the promotion of active participation of industrial consumers in the energy transition and the development of projects in transportation and distribution networks.

The second concerns the decarbonisation of the gas sector by enabling the diffusion of new sources and new vectors through infrastructure projects and contributions to the supply chain.

The third concerns the decarbonisation of transportation by supporting the energy transition of fuel sources and vectors in the sector, in line with the government guidelines for sustainable mobility.

The fourth concerns the promotion of energy efficiency through integrated projects in synergy with the digitisation of production processes for economic recovery and the environment.

The common thread of all the policies to enable a relaunch is the elimination of bottlenecks in the bureaucracy, like unsustainable authorisation procedures that, instigated by the NIMBY effect (Non In My Back Yard), block the installation of plants for the generation of clean energy.

Speaking of the pandemic, according to some authoritative representatives of the energy sector the crisis we are going through could mark a strong halt in investments in technologies and projects for the energy transition. Are such fears justified?

Climate and energy policies are central to the country’s economic growth. In fact, they profoundly influence companies’ competitiveness factors, but at the same time they can prove to be a great opportunity for investment and technological advancement. The National Recovery and Resilience Plan (NRRP), in line with the Integrated National Energy and Climate Plan (INECP), will allocate a large part of the funds for the relaunching of the Italian economy to achieve the new ambitious greenhouse gas reduction targets set out in the EU Green Deal. For this reason we believe that a complete halt to integrated transformation along the entire energy supply chain is unlikely, and this chain will stimulate investments that clearly have slowed in 2020 and 2021. However, crucial events to understand the future of global climate ambitions will be the G20, which will be held in Italy next fall, and COP 26, managed in partnership between our country and the United Kingdom. Achieving the European medium- and long-term decarbonisation objectives can only be effectively translated into the energy transition of sectors of the economy through the diffusion of green technologies enabled by a new energy market and global cooperation in the fight against climate change. In the absence of real international convergence, unfair competition from areas less sensitive to environmental issues could undermine not only the achievement of the Paris Agreement, but also the very survival of the European manufacturing industry.