Italy can become a hub and infrastructure bridge for hydrogen, using it to its advantage to reach European climate targets and create new forms of industrial competitiveness, also leveraging manufacturing potential and expertise in the natural gas supply chain. This is what emerges from the study H2 Italy 2050: a national hydrogen value chain for the growth and decarbonisation of Italy, carried out by The European House - Ambrosetti for Snam to examine the potential of the Italian hydrogen supply chain for the first time. 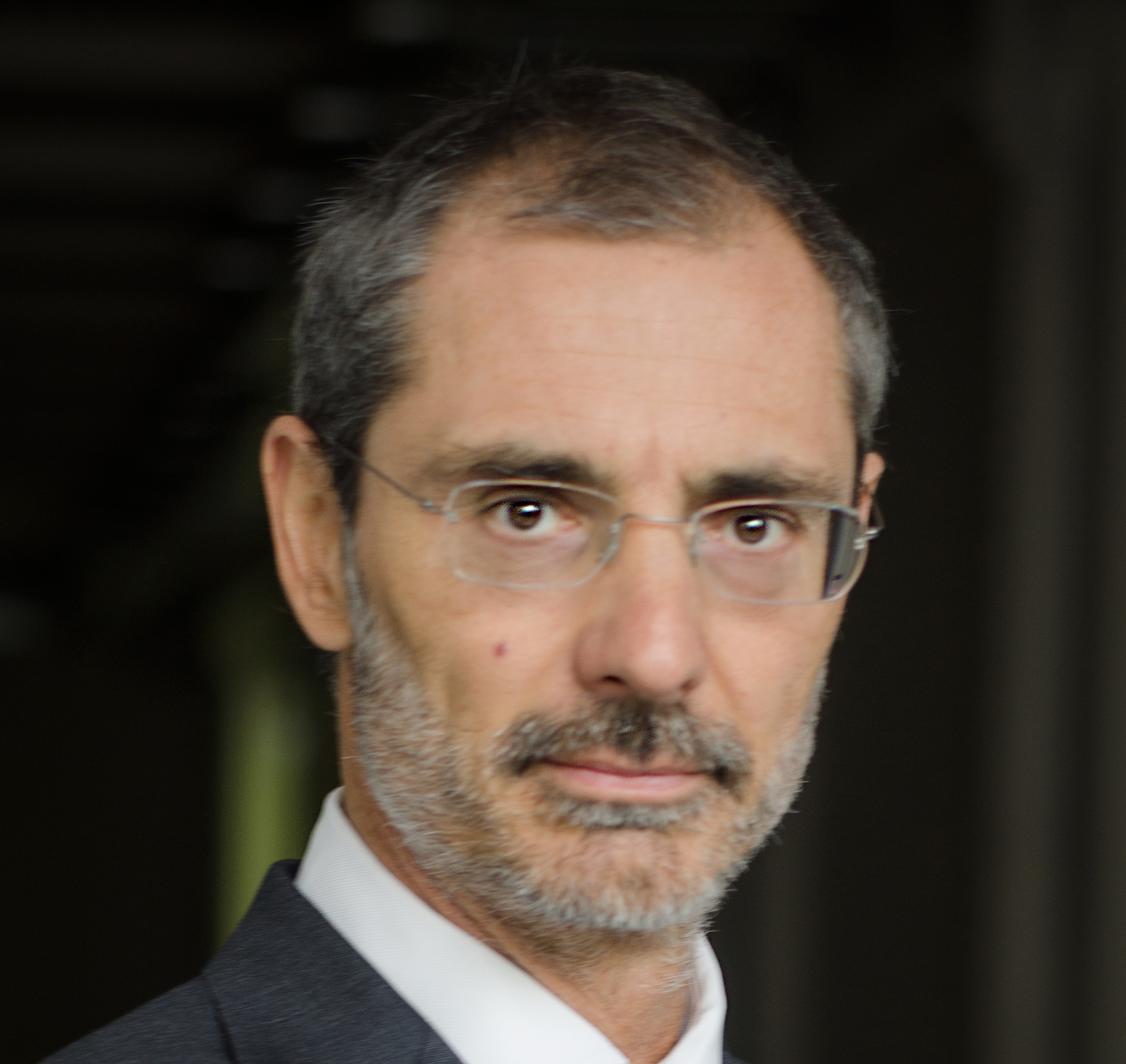 Managing Partner and CEO of The European House – Ambrosetti

On 21 April, the Council and the European Parliament reached an historic agreement on emission reduction targets: the commitment to climate neutrality by 2050 and a reduction of at least 55% of emissions by 2030 became law. Italy can use hydrogen to its advantage both to reach these decarbonisation targets and to create new forms of industrial competitiveness, leveraging its manufacturing potential and expertise in the natural gas supply chain. This is what emerges from the study H2 Italy 2050: a national hydrogen value chain for the growth and decarbonisation of Italy, carried out by The European House - Ambrosetti for Snam to examine the potential of the Italian hydrogen supply chain for the first time.

The study was presented as part of the Villa D’Este Forum of The European House - Ambrosetti that, together with Valerio De Molli, Managing Partner & CEO of The European House - Ambrosetti and Marco Alverà, CEO of Snam, saw the involvement of an Advisory Board composed of: Esko Aho, former Prime Minister of Finland and innovation expert, Steve Angel, CEO of Linde, Suzanne Heywood, Chairwoman and Acting CEO of CNH Industrial and Francesco Profumo, President of Compagnia di San Paolo.

Like the rest of the world, today Italy is facing a difficult relaunch phase. The changes that have disrupted everyday life and work over the past year are calling even more forcefully and urgently for the need to build a resilient, sustainable economic system.

Europe's challenge of becoming the world's first climate-neutral continent by 2050 is a historic opportunity. Seizing this opportunity means building a new social and energy paradigm and a massive industrial engine through significant infrastructure and innovation investments. To do this, it is necessary to make forward-looking choices today to build an integrated, more efficient and interconnected energy system that can make the most of the characteristics and benefits of each vector.

A key link for the sustainability of energy systems

In this context, hydrogen is a key link for the sustainability and functionality of future decarbonised energy systems. Its versatility and integration with other clean technologies for the production and consumption of energy are increasingly catalysing the attention and interest of governments. The study of The European House - Ambrosetti analysed the national hydrogen strategies developed by the main OECD countries. Among these, Italy is one of the few that has not drawn up an advance operational roadmap for this energy vector aimed at exploiting its benefits.

In a context of growing interest in hydrogen, the study examines the contribution of this energy vector to the energy transition process and estimates the economic, social and environmental impacts that it could have in Italy from its development to 2050. Thanks to its intrinsic characteristics, hydrogen can be considered an essential energy vector for the decarbonised future, in close synergy and complementarity with the electricity vector. In fact, it allows decarbonising end uses since it generates zero emissions and can be produced with processes having zero climate-altering emissions. This way, hydrogen can accelerate decarbonisation processes in a way that is complementary with other technologies, especially in sectors that still contribute most to climate change emissions today, from heavy industry (e.g. chemical and steel industry) to heavy and long-distance transport (e.g. heavy commercial vehicles and buses), from non-electrified rail transport to residential transport, for which various types of uses are examined, in particular for heating.

Moreover, hydrogen is able to offer advantages to the entire energy system, guaranteeing its flexibility and resilience, smoothing the peaks of electricity production from renewable sources and thus supporting the growing diffusion of non-programmable renewables also thanks to its distinctive ability to act as a link between the gas and electricity sectors.

Used in a complementary way with other technologies, hydrogen can therefore contribute significantly to creating cleaner and more sustainable industrial processes, achieving zero-emission mobility and reducing emissions from domestic heating, an environmental opportunity that could mean more than 97 million tonnes of CO2 less for Italy, 28% of today's total emissions. Furthermore, thanks to its unprecedented ability to act as a link between the gas and electricity sectors, hydrogen can guarantee flexibility to the energy system, advancing the spread of renewables.

Italy as a hydrogen hub and “infrastructure bridge”

The transport, storage and use of hydrogen have many synergies with the natural gas sector. This is why the current gas infrastructure can be seen as an accelerator that can allow faster penetration and first-mover positioning for Italy and its supply chains. In fact, hydrogen has the advantage of being able to be easily transported through the existing gas network, which is particularly extensive and widespread in Italy compared to other European countries. Moreover, the development of technologies for the production of green hydrogen and the increasing availability of renewable electricity in the coming years will strongly drive down the price curve for the production of hydrogen, thus achieving competitive cost levels with respect to the other alternatives.

The study shows how thanks to its particular geographical positioning and extensive gas network, Italy can aspire to the role of a European and Mediterranean hub, importing hydrogen produced in North Africa through solar energy at a cost that is 10-15% lower than domestic production, exploiting the greater availability of land for the installation of renewable energy and the high level of irradiation, and at the same time decreasing seasonal variability.

This way the country can become an “infrastructure bridge” between Europe and Africa, enabling greater penetration of hydrogen in other European countries as well. Furthermore, the Italian gas network can provide a launch pad for accommodating increasing percentages of hydrogen in the network through a series of targeted investments. Finally, the Italian energy system – characterised by a significant level of renewables and distinctive skills related to biomethane – is able to efficiently integrate hydrogen.

The integration of hydrogen into the national energy mix can combine with the development and strengthening of an industrial supply chain capable of responding to future market needs, thus competitively positioning the country in the international landscape.

To assess hydrogen’s potential to stimulate Italian industry, for the first time the study “H2 Italy 2050” reconstructed the entire supply chain of plants, components and equipment by analysing the role of this vector in all its phases: from production to transport and storage, up to multiple end uses and related services.

Using this innovative methodology composed of over 100,000 analytical observations, the study identified 90 technologies related to the hydrogen supply chain. Based on this mapping and reconstruction it was estimated that over the next 30 years the development of hydrogen in Italy could generate a cumulative production value of between 890 and 1,500 billion euros in the connected chains. Assessing the direct, indirect and induced effects, its contribution to the growth of national GDP could reach up to 37 billion euros by 2050. This would be like adding a whole new industry equivalent in size to today’s automotive supply chain to the country’s economy. The effects on employment would also be extremely significant, creating between 320,000 and 540,000 new jobs by 2050.

The realisation of these benefits depends on the definition of a concrete strategic vision and a national roadmap that proactively involves the government and the world of industry.

In summary, hydrogen can be the best ally of renewable electricity to allow Italy to be a protagonist in the global fight against climate change and at the same time to promote new opportunities for development and employment for national industrial value chains. As the study shows, thanks to its geographical position, the strength of the manufacturing and energy sector and a widespread gas network, Italy has the potential to become a continental green hydrogen hub, assuming an important role in the European hydrogen strategy. The hydrogen economy is therefore within reach and an opportunity that we cannot miss. 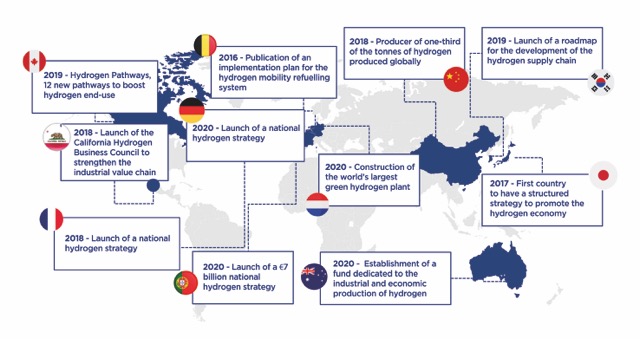 Fig.1 National strategies related to the world of hydrogen and launch year. Source: analysis of various sources by The European House - Ambrosetti, 2020

Fig.2 Potential evolution of hydrogen in final energy demand in Italy in the development scenario (TWh and % of total consumption), 2017, 2030 and 2050. Source: analysis of data from “The Hydrogen Challenge” and various sources by The European House - Ambrosetti, 2020.