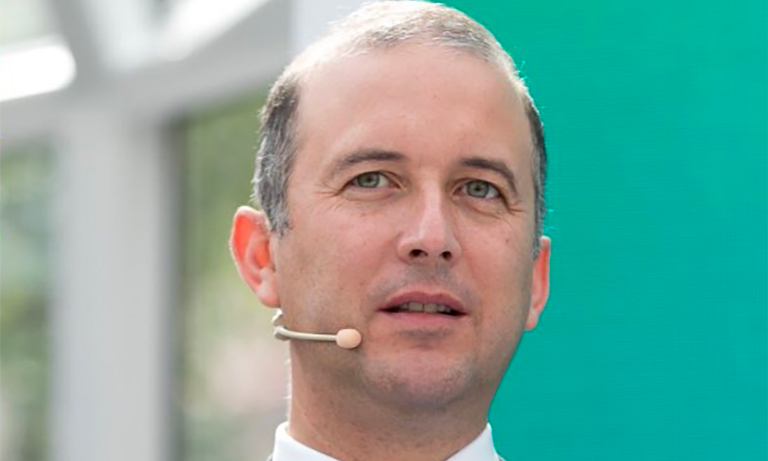 Snam is getting ready for the hydrogen revolution

The European Hydrogen Strategy and the national plans announced by Italy and some other countries are an important step in making it possible for hydrogen to contribute to the target of net zero CO2 emissions by 2050. But in order to create a national and European supply chain, it is necessary to promote the scale up of technologies, the reduction of costs, the aggregation of consumption also through hydrogen valleys and solid cooperation between companies, institutions and the world of research.

Mr. Alverà, what are the policies necessary for the development of a “hydrogen system” in Italy and Europe?

The Hydrogen Strategy launched by the European Union and the national strategies announced by some countries, including Italy, mark an important step in the right direction to enable hydrogen to contribute to meeting the target of making Europe the first continent to achieve net zero CO2 emissions by 2050. In the case of Italy, for example, the strategy put into consultation in recent months calls for 5 GW of installed capacity for the production of green hydrogen and a first target of 2% of the energy mix by 2030, with an expected growth of up to 20% in 2050.

In order to accelerate the development of the value chain, we need policies that promote the scale up of technologies and the reduction of costs. For example, the Gas for Climate consortium recently proposed that the EU Commission introduce a binding target of 11% of renewable gases – of which 3% green hydrogen – for final gas demand by 2030. In our opinion, this is an example of an effective policy driver, as also the increasing use of the blending of hydrogen and natural gas in networks. It’s also essential to create a national and European technological value chain in order to not miss out on opportunities, as it happened with the photovoltaic systems. For hydrogen this means building gigafactories that produce electrolysers, the components that make it possible to transform renewable electricity into green hydrogen.

Finally, to get the market going, it will be essential to aggregate consumption geographically by creating hydrogen valleys, also to optimise infrastructure. Cooperation between companies, institutions and the world of research will be a key element in this process.

Speaking to the CEOs of the Hydrogen Council last January, EU Commission President Ursula von der Leyen stressed that "Europe takes clean hydrogen seriously: it is part of our future" and that achieving climate neutrality by 2050 requires investing in clean hydrogen. How can our country play a major role in a European hydrogen strategy? Can we become a green hydrogen hub and, looking forward, provide an infrastructure bridge with North Africa?

We do believe that Italy is ideally positioned – both in terms of expertise and geography – to play such a role. To begin with, we are one of the first three European countries in terms of thermal, mechanical and hydrogen production technologies. We have energy companies that are global leaders in their respective sectors and we possess extensive know-how in research, as also demonstrated by ENEA’s recent initiatives.

Today we already are a gas hub on the Mediterranean, one of the key intersections for present and future energy supplies. The natural potential for hydrogen production from renewable sources is significant in Southern Italy and is enormous in North Africa. Our country can provide an infrastructure bridge to Germany, which will play a key role in the global hydrogen economy. In fact, in the coming years Berlin will have to abandon both nuclear and coal energy sources, and in order to do this successfully it will need a lot of hydrogen (from 90 to 110 TWh, based on estimates based on their national strategy). According to Bloomberg’s New Energy Finance calculations, the cheapest way to import it by 2050 will be via gas pipelines running from North Africa through Italy.

Our network is getting ready for the hydrogen revolution: we estimate that about 70% of the pipes managed by Snam are already capable of transporting increasing percentages of hydrogen. We have also adopted internal rules on the supply of materials for new pipelines that allow not only the transport of natural gas and biomethane, but also, in the future, increasing percentages of hydrogen, potentially up to 100%. At the same time, we are also working on compression and storage plants.

Italy is working on a National Hydrogen Strategy to identify sectors where it believes it can become competitive in the short term and to verify the most suitable areas of intervention to develop and implement the use of hydrogen. What are Snam's proposals and vision? And what are the critical issues that may need to be resolved?

According to our forecasts, hydrogen will be able to become competitive in various sectors relatively quickly and sooner than expected. We imagine various steps: first, within a few years hydrogen will hit rail and heavy transport, from 2030 some industrial sectors such as refineries and some steel production processes, and finally from 2040 domestic heating and other applications. We’re at the dawn of a new era: to get the European market going, we will need dynamic regulation and a level playing field to allow for the same conditions for all member states.

Cooperation between companies will be essential to enable the market to take off. For this reason, in addition to preparing its infrastructure for the transport and storage of hydrogen, Snam has also established partnerships with various operators in compliance with unbundling regulations, to pool respective skills and enable the development of the supply chain in Italy and Europe. We are already working with railway operators (FS Italiane and Ferrovie Nord), with engine suppliers (Alstom) and with energy suppliers (Eni and A2A) to develop refuelling infrastructure and make hydrogen rail mobility possible in Italy.

Snam is also working with other players that rely on our infrastructure upstream and downstream (suppliers and consumers of natural gas), based on their respective expertise, for projects and experiments aimed at applying hydrogen to decarbonise industrial processes (such as refining and steel) or for electricity generation. More specifically, together with Tenaris and Edison, we announced a project aimed at introducing green hydrogen and replace methane in some production processes at the Dalmine steel mill.

Snam was the first major player to experiment with introducing hydrogen into the gas network, in Contursi in the province of Salerno. Are there other initiatives under way, in Italy in particular?

The Contursi test was important because it revealed that the gas infrastructure will be able to transport hydrogen in increasing volumes in the coming years, helping Italy and Europe to meet the decarbonisation targets. Using the gas networks is the most competitive way to transport hydrogen: as calculated by Guidehouse in the European Hydrogen Backbone study, the interventions necessary to convert existing infrastructure to hydrogen transport only cost between 10% and 25% of what it would cost to build completely new networks.

As for new initiatives, the main one in our strategic plan – which requires investments for €150 million – is aimed at rail mobility projects that we have launched together with other partners to convert sections of the Italian network from diesel to hydrogen. In Italy, almost 5,000 km of network are still not electrified. The hydrogen train, which is already a reality in nearby Germany, can be an important opportunity for Italy too. As mentioned before, we are also working together with other Italian and foreign companies on experiments and projects to make our infrastructure and technologies available for industry and electricity generation.

What are the main lines of the Snam strategy for the energy transition and the Green Deal?

In our strategic plan to 2024 we set ourselves the goal of achieving carbon neutrality by 2040, with an intermediate target of reducing CO2 equivalent emissions by 50% by 2030. Looking beyond the company, we are also committed to contributing more and more to the decarbonisation of the system, with over €700 million of investments planned in our new businesses for the energy transition, which include biomethane, sustainable mobility, energy efficiency and hydrogen. Leveraging these , we will help Italy to avoid emissions for over 600,000 tonnes of CO2 as early as 2024.

Do you believe that the pandemic, as prominent proponents of the energy sector warn, will slow down the development and implementation of decarbonisation policies?

I think that the pandemic is proving to be a very complex challenge for everyone, including companies, but it also offers an opportunity to overcome inertia and face the future with greater courage and determination. As Italy’s President of the Republic, Sergio Mattarella, underlined in his message, sent together with other Heads of State at the Climate Action Summit two years ago, climate change is the key challenge of our time and ours is the last generation that has a chance to fight it effectively. Europe aims to become the first continent with net zero emissions and Italy is at the forefront of this effort, as evidenced by the government's commitment to the ecological transition. The United States has re-entered the Paris Agreement and China has announced a net zero target by 2060. The global commitment to the climate fight is gaining traction once again and I hope that COP26 scheduled at the end of the year in Italy and the United Kingdom can bring concrete results, also for the development of hydrogen.

In your opinion, what strengths should be leveraged and what obstacles should be overcome in order to achieve the European objective of climate neutrality by 2050?

There is a strong commitment and sense of urgency on the part of the European Commission, as evidenced by the Green New Deal and the funds made available (starting from the Recovery Fund). The pandemic seems to have accelerated this trend. The signs are certainly encouraging, but we must be aware that the goal remains extremely challenging.

The electrification of end uses, accompanied by electricity generation from renewables, is a fundamental lever, together with energy efficiency. But this will allow us to decarbonise only 50-60% of the energy mix. New solutions are required. And a great connector like hydrogen can finally link the world of electricity with that of molecules in a view to sector coupling. As Italy’s Minister of Ecological Transition Roberto Cingolani underlined in a recent lecture, "the challenge for technology is to develop solutions that solve numerous problems simultaneously”. It’s an opportunity that we can’t afford to miss.