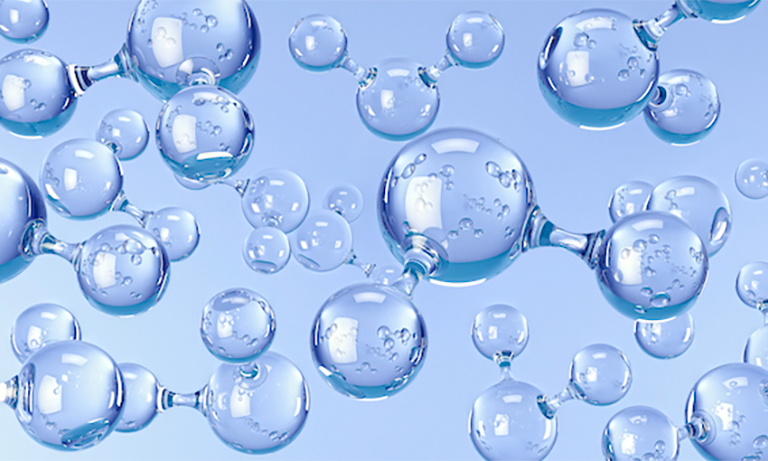 ENEA and hydrogen: a 30-year history

The R&D activities in ENEA in the hydrogen field began in 1989 and have never stopped. Through the Department of Energy Technologies and Renewable Energy Sources, ENEA is involved in R&D activities covering the overall hydrogen value chain, dealing with the development of processes, components and systems in the fields of hydrogen production, storage and end uses, from basic research on materials to applied research and demonstration in real environment conditions. Innovative applications always include technical and economic assessment and evaluation, simulation, prototype design and fabrication, and bench and field testing under selected operating conditions 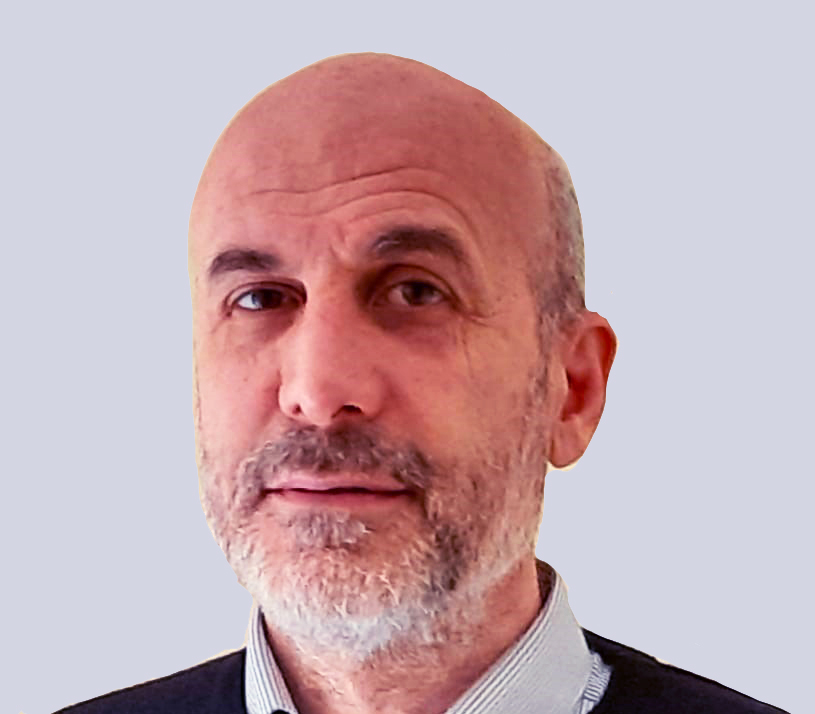 Although in the last few decades hydrogen passed through cyclical waves of great enthusiasm and profound scepticism, the R&D activities in ENEA, which began before the 2000s, have never stopped. Now that hydrogen is indisputably affirmed as key factor to foster the energy transition, ENEA, thanks to the experience and skills gained over the years, can fully act as a pivot between research, innovation, experimentation, technology transfer and industrial development, at National, European and International level.

ENEA, through the Department of Energy Technologies and Renewable Energy Sources, is involved in R&D activities covering the overall hydrogen value chain, dealing with the development of processes, components and systems in the fields of hydrogen production, storage and end uses, from basic research on materials to applied research and demonstration in real environment conditions. Innovative applications always include technical and economic assessment and evaluation, simulation, prototype design and fabrication, and bench and field testing under selected operating conditions.

Alongside the technical-scientific activity, ENEA, in this specific context, covers representative roles in National, European and International initiatives: member of IEA-Hydrogen and IEA-AFC Technology Collaborative Programmes; member of Hydrogen Europe Research and the Clean Hydrogen Alliance and coordinator of the EERA Joint Programme on Fuel Cells and Hydrogen. At the national level ENEA is member of the Board of Directors of the Italian Association of Hydrogen and Fuel Cells and is serving as technical-scientific advisory to support the Italian Ministry of Economic Development in the framework of the Important Projects of Common European Interest (IPCEI) on hydrogen.

In Italy, activities on hydrogen technologies, with specific interest on polymer electrolyte fuel cells, began in 1989 as part of a collaboration between ENEA and De Nora, which later became Nuvera Fuel Cells Europe. In the period 1994-98 the activities were conducted by Nuvera and ENEA, in collaboration with the Institute of Advanced Energy Technologies of National Research Council (Fig. 1). A few years later ENEA began a collaboration with a small company in Bologna, Roen-est for the development of cell components and stacks which resulted in a patent dealing with an innovative sealing system: Membrane Electrode Gasket Assembly (Fig. 2).

In the following years, attention gradually turned to the development of other technologies dealing with the hydrogen supply chain, from production systems to different types of fuel cells, such as molten carbonate fuel cells or solid oxide fuel cells. Over the years, various pathways and methods for the production of hydrogen have been explored, both thermochemical and electrochemical, with carbonaceous matter and/or water as feedstock. Hydrogen conversion and utilization have been investigated too.

R&D activities are mainly supported by the National Fund for Electric System Research under an agreement between ENEA and the Italian Ministry for Economic Development; in the years 2019-2021 the research program covers the overall hydrogen technological value chain from production to final uses. In particular, it is devoted to the development of:

Also at European level, on the topic of hydrogen technologies, ENEA is involved in several H2020 projects mainly co-funded by the Fuel Cells and Hydrogen Joint Undertaking (FCH JU).

One of the main roles of ENEA is to fill the gap between lab-scale and pilot plant installations, with the aim to assist industry in the first industrial deployment stage.

In this context, in the 1990 ENEA was involved in a first PtG project, realizing in the Casaccia Research Center a demonstration plant (SAPHYS): hydrogen production was assessed by water electrolysis powered by intermittent renewable sources (photovoltaic); the produced hydrogen was stored and used to regenerate electricity by a fuel cell (3 kW Solid Polymer Electrolyte Fuel Cell). This prototype was identified as a promising application for stand-alone Photovoltaic Power Systems in remote areas. The project was funded by “FP3-JOULE 2 - Specific research and technological development programme (EEC) in the field of non-nuclear energy, 1990-1994”.

Thirty years later, ENEA confirms its commitment and its involvement in the construction of demonstration plants in the hydrogen field. One of the projects that best represents this role by ENEA is the realization, at the Casaccia Research Centre, of the first national Hydrogen demo Valley, where comparative assessment and validation of integrated hydrogen technologies at demo or pre-commercial scale can take place.

The project is part of the international partnership initiative Mission Innovation, Challenge IC # 8 "Renewable and Clean Hydrogen" and is funded by the Italian Ministry of Economic Development.

The main objectives of the project in progress are: to evaluate technologies ready to contribute to the growth of a hydrogen economy; to increase awareness of hydrogen solutions within industry; to contribute to the policy makers’ discussion on support mechanisms for hydrogen conversion and use in industry; to validate at a larger scale sustainable hydrogen micro-cogeneration, for the establishment of viable HRS business cases and resilient smart networks, before engaging in a First Industrial Deployment (FID) plant.

Utilization of the ENEA Casaccia Research Centre as technology “incubator” is logistically viable thanks to a large community (about 1000 people, 200 buildings, 100 hectares area) devoted to experimental validation of new technologies, the independent gas grid, the internal shuttle service, and the constant and high-level security and safety conditions, with an on-site Fire Brigade and safety protocols in place due to the nuclear reactors present in the Centre. In addition to these, highly specialised personnel (technicians/engineers/researchers) is available, able to operate multifunctional demo plants in response to various service requests and skilled in proposing innovative, optimized and sustainable solutions for the replication of technologies and systems in the market.

Support to national institutions and associations

In the Italian national framework, a strategic alliance "hydrogen pact" has been finalized by Italian Manufacturers’ Association (Confindustria) and ENEA. The main goals of the joint agreement are:

Particularly, it is planned to identify the potential of industrial hydrogen chains, innovative solutions and possible operational scenarios by strengthening the collaboration between research and industry. Mapping of technologies, know-how, hard to abate sectors, technological evolution of hydrogen production and transport processes and of hydrogen using processes and potential of consumption and production capacity in the short, medium and long terms. Carry out an in-depth analysis of supply and demand, also concerning potential production and use in Italy of clean hydrogen and the investments needed to create a dedicated supply chain. Meet stakeholders of the hydrogen sector to build an open and continuous debate.
Through the agreement between Confindustria and ENEA, a closer and continuous relationship between research and industry is enhanced for the development of innovative technological solutions, projects and studies. This allows a wider perspective of a paradigm shift in energy systems, also through new project models and re -engineering of products and production plants.

ENEA has also signed an agreement with the Italian Ministry of Economic Development as a technical and scientific advisor for the IPCEI on hydrogen. The IPCEI is an instrument that aggregates several industries in a framework of Common European interest, supporting their investments in new products (R&D&I - research, development, and innovation) and in pre-commercialization (FID - First Industrial Deployment).

The IPCEI instrument recently supported two important supply chains through three integrated projects: the first on Microelectronics, followed by two distinct projects supporting the EU Battery sector. In 2019, the first call for manifestations of interest was issued also for an IPCEI on Hydrogen.

In this framework the collaboration between ENEA and the Italian Ministry of Economic Development allows to cooperatively develop activities and initiatives coordinating industry, national research and public administration in the effort to create an Italian hydrogen supply chain. Specifically, ENEA contributes by providing technical-scientific studies, analyses, consultancy and assistance to support the Italian Ministry of Economic Development start-up, manage and complete the IPCEI. ENEA also participates in working groups, commissions, national and European committees and round tables, and match-making event with European Commission, Member States and stakeholders, with the aim of supporting an Italian technical-scientific positioning for the implementation of the IPCEI regulation. 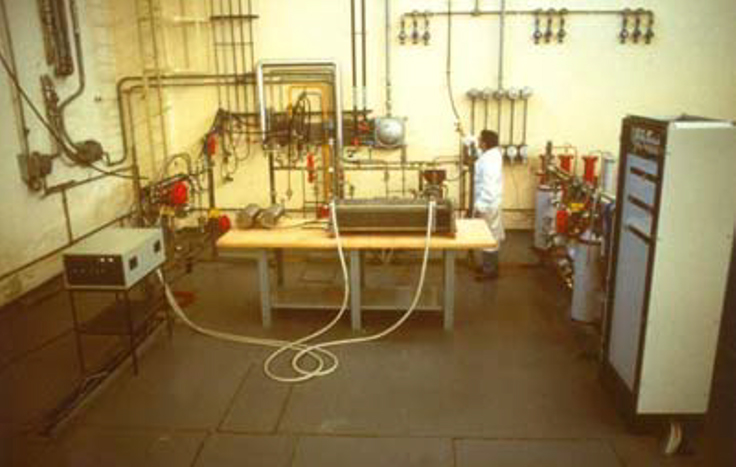