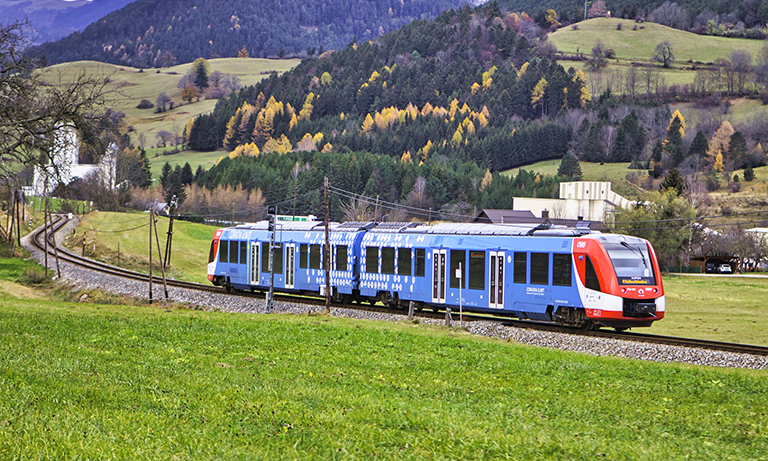 Japan has a long history of hydrogen and fuel cell technology development and is a world leader in this field, having achieved the commercialization of residential fuel cell power systems and fuel cell vehicles ahead of the rest of the world based on its many years of efforts. This paper introduces Japan's hydrogen energy policy and NEDO's(1) technological development efforts. 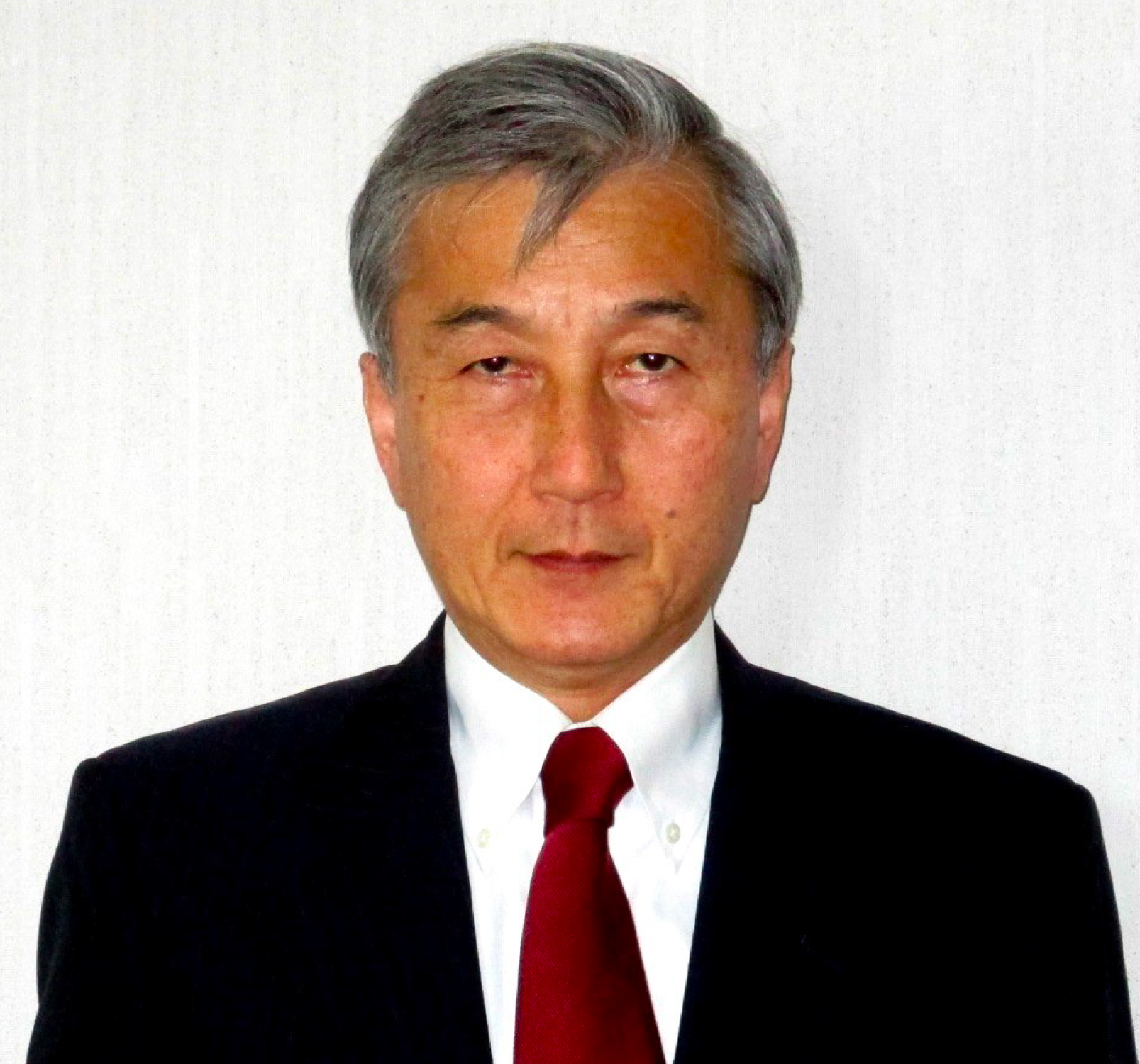 Japan's policy on hydrogen energy: past efforts regarding hydrogen and fuel cells

This is a technological development for transporting and utilizing hydrogen produced from overseas renewable energy, etc., this will be the prototype of the hydrogen supply chain currently being worked on in Japan. After that, in the 2000s, efforts on establishing regulations and standards, that are indispensable for social demonstration and market introduction of residential fuel cell power systems and fuel cell vehicles, were made and all of them have been commercialized.

Positioning in the basic energy plan

Until now, hydrogen and fuel cells have been expected as promising technologies in the future, but fuel cells have been positioned mainly as one of the energy saving measures in the national energy policy. However, hydrogen was taken up in the 4th Basic Energy Plan revised in April 2014. Specifically, "Hydrogen is expected to play a central role in future secondary energy in addition to electricity and heat". Then the plan mentioned how to accelerate the realization of a society that utilizes hydrogen for daily life and industrial activities, that is "hydrogen society". In addition, it was pointed out that in order to realize a hydrogen society, it is necessary to develop hydrogen power generation technology and manufacturing, storage and transportation technology for stable supply of hydrogen, in addition to the development and spread of the Fuel cells. In the 5th Basic Energy Plan formulated in July 2018, "dramatic enhancements of efforts toward the realization of a hydrogen society" is listed as one of the policy measures toward 2030, and under the expansion of renewable energy expectations, a new role of hydrogen like as energy adjusting capability to the energy systems is expected.

Following the Fourth Basic Energy Plan decided by the Cabinet in April 2014, the Ministry of Economy, Trade and Industry summarized "Hydrogen/Fuel Cell Strategy Roadmap" showing the efforts of public and private stakeholders to realize a hydrogen society, in June 2014. This roadmap has three phases based on the time required to overcome technical issues related to hydrogen and secure economic efficiency.

These phases are carried step by step. Based on this roadmap, NEDO promotes Power to Gas technology development which includes the development of hydrogen power generation, hydrogen supply chain, and water electrolysis hydrogen production technology corresponding to Phase 2 and Phase 3. Furthermore, the roadmap was revised in March 2016 in light of technological progress and the introduction of fuel cell vehicles to the market, and concrete targets such as the number of fuel cell vehicles and the number of installation locations for hydrogen refueling station were added.

In March 2019, the roadmap was significantly revised based on the direction indicated in the Hydrogen Basic Strategy and the Fifth Energy Basic Plan, which will be described later. In this revision, the structure has been changed corresponding to the basic hydrogen strategy, and numerical targets such as both specifications of elemental technologies and costs were clarified because the introduction targets shown in the roadmap was incorporated into the basic hydrogen strategy. In addition, specific actions (action plans) that should be taken to achieve this goal have been newly incorporated. At the same time, an Evaluation Working Group will be set up to grasp the progress of the roadmap. In the future, it is expected that measures will be progressed based on the goals and action plans shown in the roadmap.

The Hydrogen/Fuel Cell Strategy Roadmap was formulated as a policy of the Ministry of Economy, Trade and Industry, but under the direction of Prime Minister Abe (at that time), ahead of the rest of the world the "Basic Strategy for Hydrogen" was formulated in December 2017 after the discussions by experts from industry, academia and government. After the entry into force of the Paris Agreement in November 2016, major countries have begun to announce ambitious plans and visions for 2050.

Under this circumstance, this strategy shows not only a direction and vision including targets that the public and private sectors should share for the realization of hydrogen society with a view to 2050 but also an action plan to the goal. As for the long-term vision, Japan aimed to realize carbon-free hydrogen and make hydrogen a new energy option, and set out to realize hydrogen cost equivalent to that of conventional energy. In addition, the action plan includes the introduction target values for residential fuel cell power systems, fuel cell vehicles, hydrogen stations, etc., which have been shown in the Ministry of Economy, Trade and Industry's "Hydrogen/Fuel Cell Strategy Roadmap". Introduction target of a new application like as fuel cell buses and forklifts has also been added (Fig. 1).

Furthermore, the Ministry of Economy, Trade and Industry and NEDO held a hydrogen energy ministerial meeting as a forum for ministers of major countries to discuss. The action policy of each country announced as the “Tokyo Declaration'' in October 2018 was deepened and presented as “Global Action Plan'' in October 2019. After that, at the 3rd Hydrogen Ministerial Conference, a "Progress Report" was released that summarizes the progress of efforts by each country and institution, and the direction of future efforts was shared by the governments, international organizations, and industry working toward the realization of a hydrogen society. Japan is setting out various policies toward the realization of a hydrogen society while appropriately grasping global trends and cooperating with the world.

NEDO, as one of Japan's largest R&D project promotion organizations, promotes technology development projects in the hydrogen and fuel cell fields, mainly based on the policies of the Ministry of Economy, Trade and Industry. Regarding fuel cells, NEDO is working on technological development of polymer electrolyte fuel cells (PEFC) targeting mobile objects and solid oxide fuel cells (SOFC) for stationary use. In addition, regarding hydrogen stations, which are indispensable for the spread of fuel cell vehicles, and proceeding with initiatives such as technological development to halve the installation and operation costs, review of regulations, and data acquisition for the formulation of new standards. Furthermore, NEDO is carrying the technology development projects for the realization of hydrogen gas turbine power generation for the dramatic expansion of hydrogen energy use, the construction of an international hydrogen supply chain, and Power to Gas, which is an energy system combined with renewable energy. Here, I will introduce the main initiatives at NEDO.

As for SOFC, NEDO promoted the development of cell stacks and systems that achieves both high efficiency (power generation efficiency of over 65%) and high durability (durability of 130,000 hours) in order to expand the use as a distributed power source. All these projects were completed in 2019 with remarkable results. In 2020, NEDO decided to deal with common issues in the industry based on the status survey of companies after the introduction of residential fuel cell power systems and fuel cell vehicles to the market, and from 2020, a new "Collaborative Industry-Academia-Government R&D Project for Solving Common Challenges Toward Dramatically Expanded Use of Fuel Cells and Related Equipment" has started. In 2019, NEDO planned projects targeting a basic technology in the cooperative area to realize a highly efficient, highly durable, low-cost fuel cell system (including hydrogen storage tanks, etc.) and technologies adapted to non-conventional applications. They will contribute to the independent spread expansion after 2030. NEDO planned a project targeting the technology to develop and solicited new implementers at the end of the fiscal year: 46 research groups were adopted.

In order to respond to the issues for the spread and expansion of hydrogen refueling stations, NEDO is carrying technical development which contributes both to regulatory review and to reduction of maintenance and operating costs of hydrogen refueling stations. NEDO is also developing international standards relating to high-pressure hydrogen tanks for vehicles and the quality control methods of hydrogen. Regarding the review of regulations, NEDO is implementing issues such as identifying items for realizing labor-saving and unmanned operation, examining the optimum equipment configuration based on risk assessment, and acquiring various data to expand the applicability of general-purpose materials. As for a cost reduction, NEDO will study modularization and packaging based on standard specification conditions, study safety evaluation methods for extending the life of component equipment, and study high-pressure compatible long-life polymer component, electrochemical compressors, etc. In addition, NEDO is proceeding with the development of a new hydrogen filling procedure (protocol) for heavy duty vehicles with a view to international cooperation with the United States and Europe.

In order to realize gas turbine power generation using hydrogen, NEDO is developing combustors for small size (several MW class) and large-scale (several hundred MW class) which will solve technical problems peculiar to hydrogen power generation such as suppressing NOx emissions during combustion, preventing burned out of combustor by flashback and countermeasures against combustion vibration. In order to promote the utilization of hydrogen power generation, the world's first system capable of 1 MW class hydrogen exclusive combustion/LNG co-firing has been installed in Kobe City, and technical verification is underway to supply both heat and electricity to the region.

Furthermore, regarding the construction of an international hydrogen supply chain that produces hydrogen by utilizing unused resources overseas and transports it to Japan, NEDO is proceeding with technological development using liquefied hydrogen and methylcyclohexane as hydrogen carriers. For methylcyclohexane, the world's first hydrogen transport test started in November 2019. Regarding liquefied hydrogen, major facilities such as a hydrogen transport ship and a hydrogen receiving base have been completed, and test operations are scheduled to begin in the future.

Regarding the water electrolysis hydrogen production equipment, which is the key to Power to Gas, the main issues are upsizing, high durability, load followability, and cost reduction, however NEDO is focusing on the analysis of the reaction mechanism including degradation and performance evaluation methods as a basic technology. This technology is essential for the development of the main issues. On the other hand, for the system, small-scale development (hydrogen production capacity of about 5 to 30 Nm3 / hour) started in 2014. Currently, we are proceeding with large-scale technology development (hydrogen production capacity of about 300 to 1,200 Nm3 / hour) in Namie Town, Fukushima Prefecture and Kofu City, Yamanashi Prefecture. Of these, the Fukushima Hydrogen Energy Research Field (FH2R)2, which is a test and research facility that will installs the world's largest 10 MW class electrolyzed hydrogen production equipment, is being developed for the project to be implemented in Namie Town, Fukushima Prefecture (Fig. 2). In addition to the production of hydrogen by making the best use of its own 20 MW photovoltaic power generation facility, it will verify its adjusting ability by changing the load of the entire system including the water electrolysis hydrogen production equipment.

In December 2020, following the policy that Prime Minister Suga announced in a statement of belief at the extraordinary Diet session that opened on October 26, 2020, that domestic greenhouse gas emissions will be "substantially zero" by 2050, "Green Growth Strategy for Carbon Neutral" was formulated. Hydrogen continues to be an important field in this growth strategy and a supplementary budget of 2 trillion yen is required for research funding for the next 10 years, and policy support is also expected.

The hurdles for the full-scale spread of hydrogen are not low, and there are many issues to be solved, but Japan will steadily advance the course of technological development toward the realization of a sustainable society.

I would like to thank NEDO for their cooperation in creating this article. 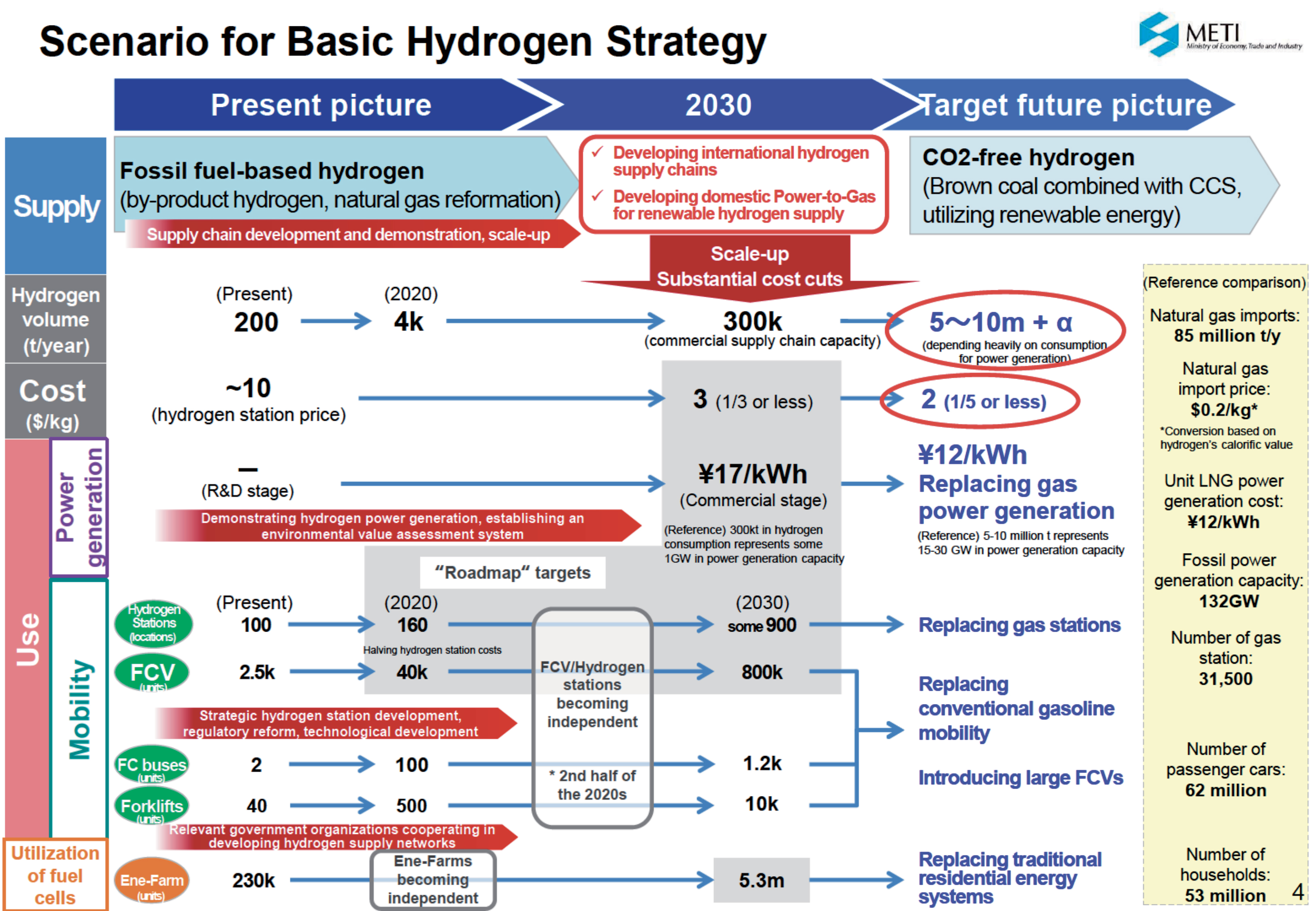