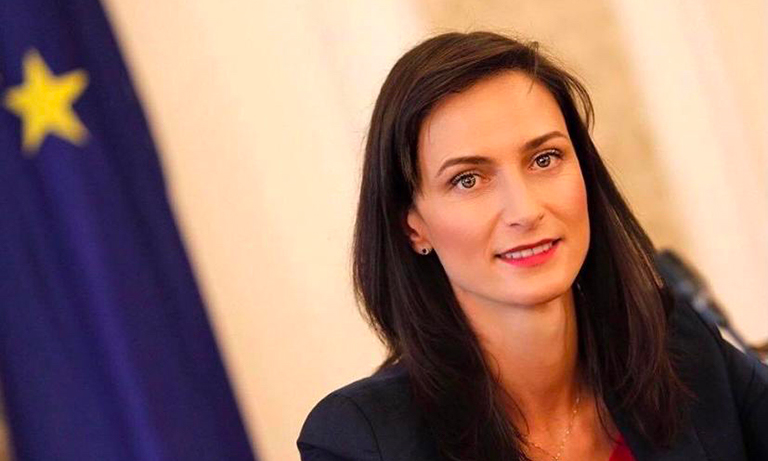 Research&Innovation are key drivers to reach a ‘hydrogen economy’ for a clean energy transition in line with the Green Deal objectives. The EU hydrogen strategy proposes to make hydrogen production greener and sets a target to produce up to 10 million tonnes of clean hydrogen by 2030, while expanding its use in sectors where it can replace fossil fuels. In this context, Horizon Europe, the new programme which is being launched now, provides an increased budget to support R&I activities, jointly with industry. At least, the development of a ‘hydrogen economy’ depends on striking a balance between increasing supply and demand: as new hydrogen applications emerge, the supply chain naturally becomes more complex but, at the same time, there are many improvements in the efficiency, reliability, cost, and safety of processing, storing, and transporting hydrogen in Europe. 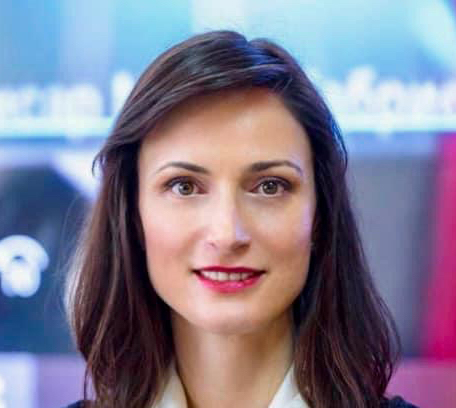 The European Green Deal outlines our ambition to make the continent climate-neutral by 2050. The energy system accounts for about 75% of the EU's greenhouse gas emissions and the use of Hydrogen as a fuel, carrier, and energy storage medium is certainly promising. The European Commission launched an ambitious EU Hydrogen Strategy¹ in July 2020. It sets out a vision of how the EU can use it as viable solution to decarbonise different sectors of our economies.

Hydrogen is versatile with its potential to be used in many European industries - such as shipping, residential heating or replacing the use of coal in the manufacturing of steel, but the production of hydrogen-based energy is still limited and largely derived from fossil fuels. The EU hydrogen strategy proposes to make hydrogen production greener and sets a target to produce up to 10 million tonnes of clean hydrogen by 2030, while expanding its use in sectors where it can replace fossil fuels.

The Role of Research & Innovation to enable an Hydrogen Economy

The development of a ‘hydrogen economy’ depends on striking a balance between increasing supply and demand. As new hydrogen applications emerge, the supply chain naturally becomes more complex. At the same time, we do see many improvements in the efficiency, reliability, cost, and safety of pro-cessing, storing, and transporting hydrogen.

Sustained research and development are essential to ensure that hydrogen technologies can become competitive at pan-European level. The EU research and innovation (R&I) framework programmes have supported in the past decade clean hy-drogen technologies, chiefly through the Fuel Cells and Hydrogen public-private partnership. We have invested close to €1 billion on over 250 multi-partner projects dedicated to the different challenges involved in clean hydrogen research and innovation.

Horizon Europe, the new programme we are launching now, will step-up the public-private partnership with an increased budget supporting R&I activities, jointly with industry, on ad-vancing state-of-the-art, lowering-costs and increasing supply, storage and transport efficien-cy, widening the use to entire economy.

A major objective of our R&I efforts will be to enable a hydrogen economy in Europe in which supply and demand generate a positive and sustained loop, in line with the Green Deal objectives. In other words, getting out of the standstill that characterises the introduction of a disruptive transformation: not enough hydrogen produced because there is no strong demand for it, while there is no strong demand for hydrogen be-cause not enough hydrogen produced.

We have devised several parallel strategies to break this hurdle where R&I has a key role. To support the supply side and to promote clean hydrogen production, we need bigger, efficient, and durable electrolysers. This will require further coordinated R&I actions to maximise scientific output and reach new technological break-throughs.

A prime example of an energy-intensive sector is steel production, which emits on average 1.85 tons of CO2 for every ton of steel produced. Greening this sector will require more re-newable energy resources and a smart integration and use of hydrogen technologies. Two recent EU-funded R&I projects play a role in this transition: GrInHy and H2FUTURE. GrInHy has developed the largest reversible solid oxide electrolyser in the world, and demon-strated its use on the surface treatment of steel. H2FUTURE has developed the largest low-temperature proton exchange membrane electrolyser of 6 MW.

Another strategy is to link supply and demand, creating an environment where they grow together. Heavy-duty transport and urban mobility are excellent sectors for this approach. What these sectors have in common is the fact that they either operate under a controlled route (trains, shipping transport, airplanes) or they are naturally restricted geo-graphically (public buses, taxis).

Two other such projects are JIVE and JIVE2, which brought almost 400 hydrogen-powered buses to European streets. Hydrogen fuel cell buses are popular with both the public and transport operators, as they contribute to cleaner air in urban areas, and are much quieter than buses running on fuel. Their ability to travel up to 400 kilometres without refuel-ling also makes them a strategic choice for cities seeking greater sustainability.

Other projects have helped promote the adoption of hydrogen-powered vehicles in Euro-pean cities, bringing over 1600 zero-emission cars and taxis to our streets. They have also significantly expanded the hydrogen network, having deployed around 50 refuelling sta-tions in Europe, kick starting a pan-European hydrogen fuelling station network.

Finally, another challenge lays on linking supply and demand through a devel-oped infrastructure for hydrogen distribution and storage. Depending on the local environment, distribution can be done through dedicated vehicles or by injecting hydrogen in-to the gas pipeline. The same is true for storage in dedicated tanks at different pressures, physical states, and temperatures.

We have also developed an approach that combines several challenges that need common multi-dimensional response. ‘Hydrogen valleys’ are EU regions, where several hy-drogen applications are combined into an integrated ecosystem that covers the entire value chain. Inspired in European communities which have become self-sufficient in their use of energy2 the aim of the EU-funded project ‘BIG HIT’ was to demonstrate a fully-fledged hydrogen economy at a local scale, with its production, storage, distribution, and utilisation in heating, mobility, and power. As a result of this EU project, local resources that were previously used to import fuels are now being invested in the community - with hydrogen heating the buildings and powering the vehicles.

The project HEAVENN focuses on the Dutch city of Groningen making use of abundant off-shore wind energy, as well as onshore wind and solar resources, to produce hydrogen to manage the natural variability that these energy sources have. Hydrogen is transported through the gas infrastructure to deliver clean hydrogen to end-users, who can convert it into heat and power, as well as powering their transport vehicles.
Importantly, this initiative has a relevant role that goes beyond technological development. As they can be carried out in individual regions, they offer routes to economic growth and new skilled jobs. The success of these EU R&I projects is attracting international attention, and there is strong interest in replicating this model across the globe.

Under the umbrella of Mission Innovation, we have launched the Hydrogen Valley Platform³ , which connects existing regional clusters with 30 other hydrogen valleys. This platform acts as a knowledge hub to raise awareness for local ini-tiatives.

Regulatory Framework and “guarantees of origin”

Beyond much-needed R&I support, a successful European hydrogen economy re-quires an appropriate regulatory framework to support the development of new markets for clean hydrogen in context of strategic value chains such as manu-facturing industry or transport. A regulatory framework including targets, boundaries but also incentives to convert current state-of-the-art to new, more sustainable hydrogen base technologies and processes will guide the transitions. While the renewable energy legislation can be a reference point for developing this framework, new techniques will also be needed to, for example, track the type of electricity used to produce hydrogen.

For example, the EU R&I project CERTIFHY marked the start of a new green hydrogen market by launching the first-of-its-kind EU-wide “guarantees of origin” pilot scheme for green and low-carbon hydrogen. Being able to certify and distinguish between clean hydrogen, low-carbon, hydrogen, and fossil fuel-derived hydrogen is an essential part of the transition ensuring we have environmentally sustainable hydrogen.

Further steps will help to build these regulations so that we can bring the necessary innova-tions to life. This will need to be coordinated at an international stage.

Hydrogen and the General Public

R&I plays a central role in the safety of hydrogen, and many of the excellent projects we fund look closely at the safety dimension, improved standards and on socioeconomic impacts. As the hydrogen economy turns more international, it is es-sential to have standards to facilitate a global hydrogen market, with standard rules on pro-duction and use across different industrial sectors. This ultimately leads to safer operations and rigorously tested products.

The Commission has strongly supported this research area with projects such as HY-DRAITE, PRESLHY and HYTUNNELS-CS, which have developed and provided input to several ISO standards. These transformations to our economies have impact on citizens in their professional contexts an also on everyday tasks like refuelling their car. the buy-in of the overall society is essential. The HYACINTH project has shown that, despite the promise of hydrogen technologies, they are mostly unknown to the wider public. It should be addressed by the research and innovation stakeholders since it can be a significant barrier to the adop-tion of hydrogen technologies.

The Future of Hydrogen

As hydrogen technologies inspire attention from all the EU and around the globe, all elements mentioned have their own role to play – whether it is technological breakthroughs, expanded infrastructure, safety standards, social awareness, or transition caring for regional integration.

Each of those issues are relevant in the context of a functional hydrogen economy and their actions need to be coordinated and supported by R&I initiatives to achieve their full potential. The EU is ready to support this initiative further through Horizon Europe, and the upcoming Clean Hydrogen public-private partnership.

(*) Biography - Mariya Gabriel is the European Commissioner for Innovation, Research, Culture, Education, Youth and Sport. Under her leadership, the new Horizon Europe, Erasmus+, and the cultural strand of Creative Europe programmes (2021-2027) will be defined and implemented. Her main priorities are excellence in research, innovation and education (ERA, EEA, EIA); tackling the R&I divide in Europe; Europe as a leader in strategic innovation areas through the digital and green transition, with a particular attention for young people and regions. “No one left behind” and “Think out of the box” are her mottos.
She was elected as Member of the European Parliament (MEP) in 2009, 2014 and 2019. Mariya Gabriel is First Vice-President of the European People's Party (EPP), and, since 2012, Vice-President of EPP Women. Between 2017 and 2019, shel was European Commissioner for Digital Economy and Society.She is a board member of the UN youth programme Generation Unlimited (GenU). She is also known for her involvement in the fight for gender equality. In November 2020, she received the Annual Award of the Vienna Economic Forum "Partner of the Year 2020", rewarding her vision of a European knowledge strategy comprising the European Education Area, the European Research Area and the new Digital Education Action Plan. She holds a Master's degree in political sciences and international relations from the Institute of Political Studies (Bordeaux, FR) and a Bachelor’s degree in Bulgarian and French Languages from “Paisii Hilendarski” University (Plovdiv, BG).